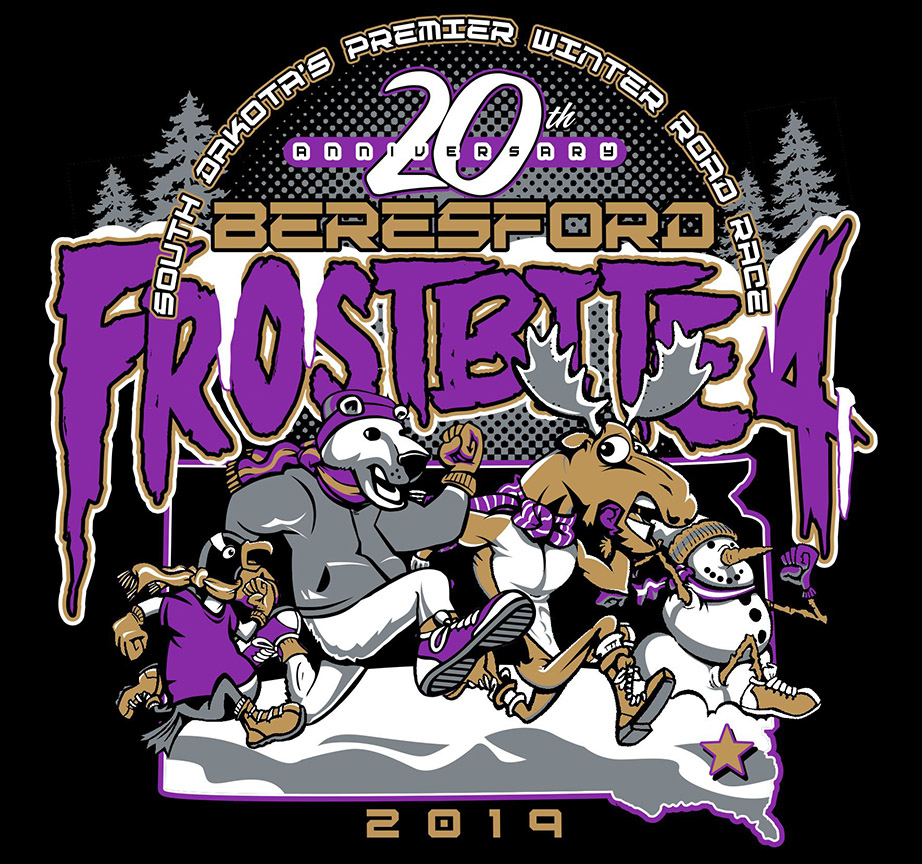 Last year’s race had 390 registered runners and we hope to set record numbers in 2019 since it will be the 20th anniversary of the Frostbite 4.  For the sixth consecutive year, we will have Electronic Chip Timing by All Sport Central.  All of the entrants’ bibs will have a computer chip used for timing the four-mile run and two-mile run/walk.  Also for the sixth year, the race will feature A4 dri-fit, long-sleeve shirts to all registered race participants.  For the fourth year and for an additional $5, registered race participants will have the option to upgrade to a hooded sweatshirt.

For the fifth consecutive year, 605 Running Company (http://www.run605.com/) of Sioux Falls will have a mobile running store set up at the Frostbite.  Once again, they have donated gift cards for the overall top 3 male and top 3 female finishers in the 4-mile and the 7 male and 7 female age group winners in the 4-mile.

We encourage all runners to register online at https://www.allsportcentral.com/EventInfo.cfm?EventID=68356. You can also pick up registration forms in one of our school offices.  Race day registration and packet pickup will take place from 9:00-10:30 a.m. at Beresford High School.  Save $5 by registering now!  Early registration is $30 thru January 25, 2019.  Late registration is $35 from January 26 thru February 2, 2019.

The Frostbite 4 is currently securing sponsorships for the 2019 race.  There are three sponsorship levels:  $1000 (Gold), $300 (Silver), and $100 (Bronze).  If you are interested in being a race sponsor, please contact Brian Field at Brian.Field@k12.sd.us or Troy Swee at TSwee@farmersnational.com.  We would like to thank our Frostbite 4 sponsors and runners for their continued support!

We hope to see you at the Frostbite 4 on February 2nd!!