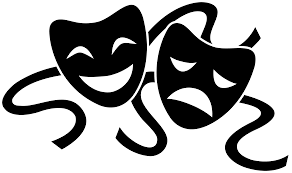 One Act Play to be Live Streamed

Our District has purchased live streaming rights to the Beresford High School One Act Play, The 39 Steps.  It will be performed on Saturday, January 23 at 8:00 p.m. in the Beresford Elementary Gym.  Following is the link to the livestream.    BHS One Act Play

Here is information about the BHS One Act Play:

Inspired by Alfred Hitchcock’s classic tale and performed as a live radio play, this romantic thriller is a fast-paced ride through the signature world of the Master of Suspense.  Richard Hannay is visiting 1930’s London when he meets Annabella Smith, who is on the run from foreign agents.  Later that night, Annabella is murdered and Hannay must then try to break the spy ring and prove his innocence.  From an epic train chase to a feisty love interest, Hannay has his work cut out for him as he searches for the truth about The 39 Steps.

The Regional One Act Play competition is also going to be live streamed at the following link.

Beresford High School performs at 9:00 a.m. at Mt. Marty on Tuesday, January 26.  Five schools will perform and two will earn the privilege of performing at the State One Act Festival on February 4-5 in Rapid City.