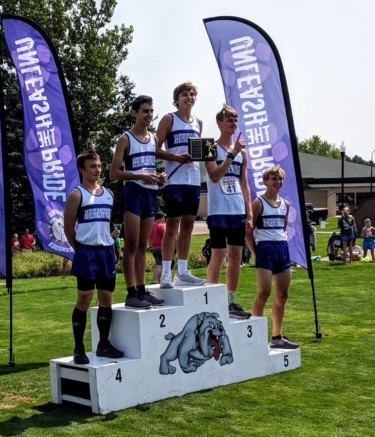 Congratulations to the Beresford Cross Country Teams on a great performance at the Beresford Invite on Friday, August 24!  Twenty-six teams and 527 runners completed their 5K, 4K, and 3K courses.

In the Varsity Girls division, there were 71 runners.  Beresford placed 4th as a team behind Luverne, Sioux Falls Christian, and Lennox.  Beresford’s Varsity Girls were led by medalists, freshman Anna Atwood who placed 13th and junior Jaycee Fischer, 14th.

The entire meet results can be accessed at https://results.dakotatiming.com/display?event_id=249.