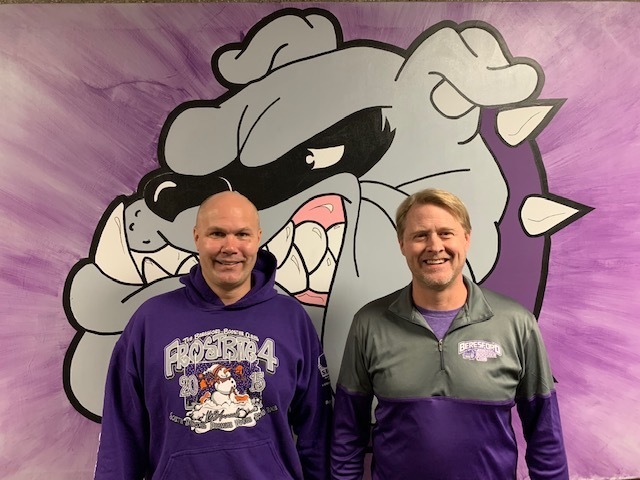 The Frostbite 4 Race Committee has selected Mr. Mike Limmer as this year’s “Friend of the Watchdogs” and Mr. Troy Swee as the “Honorary Starter.”

“Honorary Starter” Troy Swee was the Frostbite 4 Race Director for seven years, 2013 through 2019 and helped the Frostbite 4 grow to record numbers in 2019 with 460 registered runners.  Along with contributions to the Beresford Athletic Booster Club, the Frostbite 4 Race Committee has donated to other charitable causes, including the American Cancer Society, American Heart Association, and the District’s “Student Needs and Caring Community” fund.

Mike and Troy have contributed greatly and been tremendous supporters of our students, athletes, schools, co-curricular programs, and community.  Congratulations on your well-deserved honors!

The 21st Annual Frostbite 4 will be held on Saturday, February 1 at 11:00 a.m. at Beresford High School.  Registration for the 4-mile run or 2-mile run/walk can be completed online at www.allsportcentral.com.