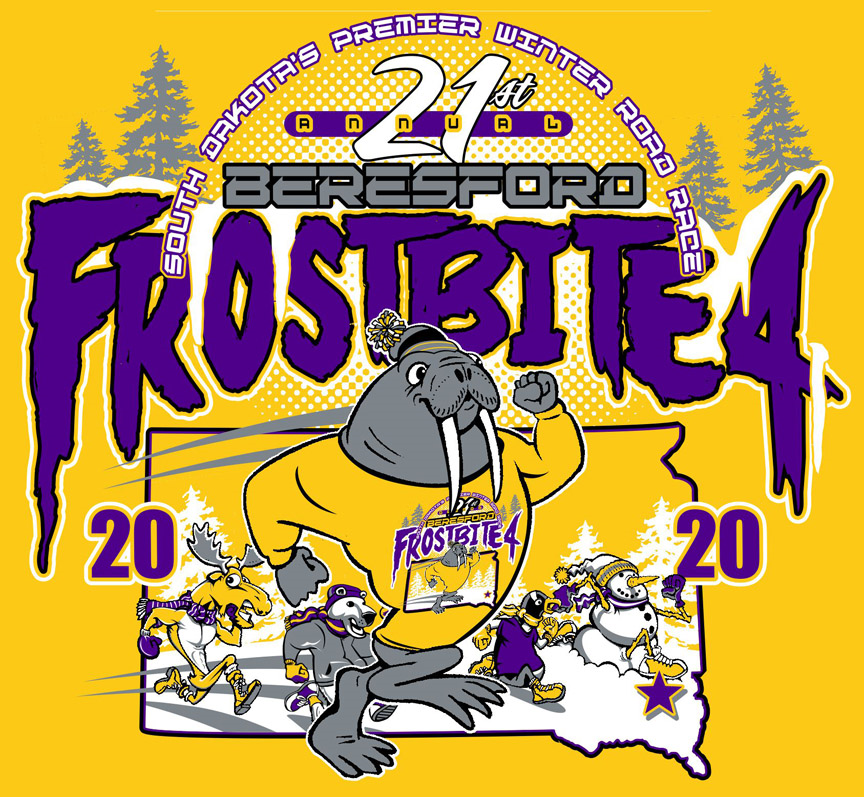 This year’s Frostbite 4 will benefit the Beresford Athletic Booster Club.  The Frostbite 4 has been a primary fundraiser for the Beresford Athletic Booster Club whose mission is to support and encourage student participation in school sponsored athletic programs.  The Booster Club promotes, encourages and recognizes high standards of sportsmanship.  They also support, enhance and help make improvements to Beresford School District’s athletic program.

New this year—Hammer Nutrition will be providing the sports nutrition the day of the event and Frostbite 4 stocking hats can be purchased on race day!

605 Running Company (http://www.run605.com/) of Sioux Falls will have a mobile running store set up at the Frostbite.  Once again, they have donated gift cards for the overall top 3 male and top 3 female finishers in the 4-mile and the 7 male and 7 female age group winners in the 4-mile.

The Frostbite 4 has secured 45 sponsorships for the 2020 race.  There are three sponsorship levels:  $1000 (Gold), $300 (Silver), and $100 (Bronze).  Anyone interested in being a race sponsor, should contact Brian Field at Brian.Field@k12.sd.us or Troy Boone at troyboone@icloud.com.  We would like to thank our Frostbite 4 sponsors and runners for their continued support!

We hope to see you at the Frostbite 4 on February 1st!!