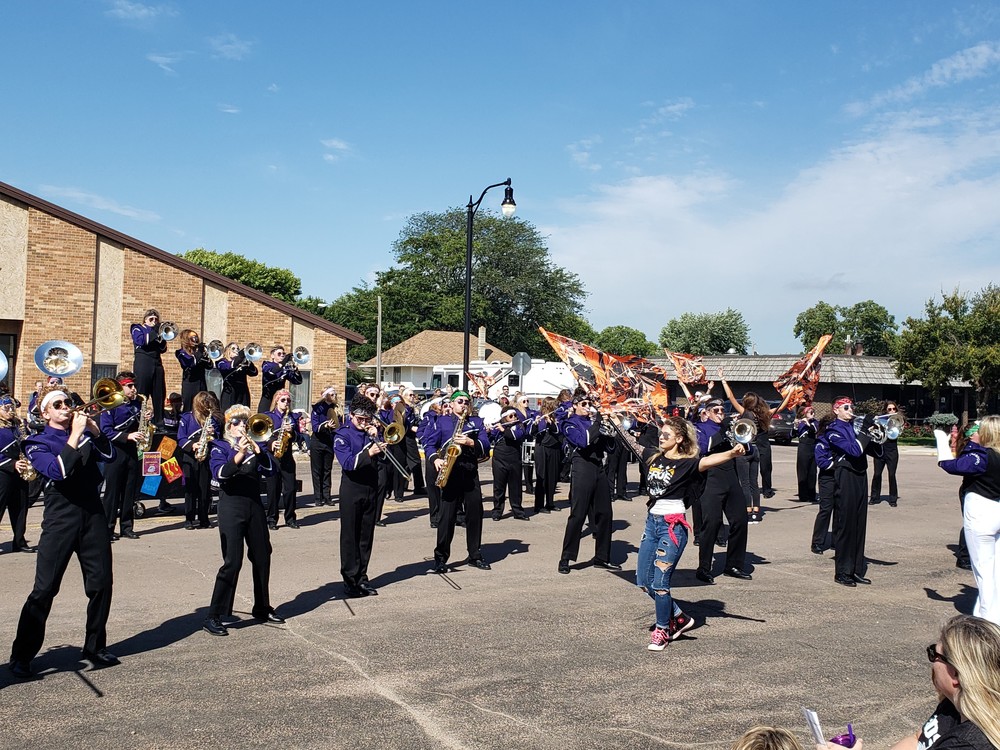 Congratulations to the BHS Watchdog Marching Band on a great weekend of competitions!

On Saturday, October 5, the Band arrived at 5:45 a.m. and traveled to Sioux Falls for the Festival of Bands to compete in Class “A” against bands from Minnesota, Iowa and South Dakota.  The BHS Marching Band earned first place by scoring 10.3 more points more than the second place band from Tracy, Minnesota.  The BHS Band also scored first in Percussion and first in Color Guard!

Fifteen bands competed at the Festival on Saturday and BHS placed fifth overall with a score of 73.3 (out of 100), beating bands in class 1A, 2A, 3A, and 4A.  Winning the top overall score was Sioux Falls Christian with a score of 81.4

On Friday, October 4, the BHS Band traveled to Chester and place third in the Class “A” competition.

The weather this past Friday and Saturday was not ideal but in spite of the conditions, our band rose to the occasion, represented BHS very proudly, and they were rewarded for their efforts!